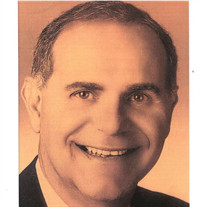 Charles William “Bill” Bevins, 71, was surrounded by his beloved wife and 3 sons as he passed away Sunday September 12th, 2021 at his home in Charlotte, North Carolina. Son of the late Estil Layton “Breezy” Bevins and Betty Rae Bevins, Bill was born July 27, 1950 and raised in Williamson, West Virginia. He attended Virginia Polytechnic Institute (Virginia Tech) for Architecture where he met Bonita Montgomery in 1970 and married September 9th, 1972. They were blessed with 3 boys, Corey, Aaron, and Jeremy. Even though most of early fatherhood was spent fixing things his boys had broken, his later fatherhood years were spent bragging about their accomplishments to anyone willing to listen. Over his 48 year career as an architect, he proudly held the title of Fellow of the American Institute of Architects, President of the National Council of Architectural Registration Boards, and President of National Architectural Accrediting Board. Bill could always be found outside caring for the lawn and garden or in his workshop fixing various broken things around the house. He was an avid fly fisherman, reader, watercolor artist, Lego builder with his grandkids, collector of Really Useful Boxes, model train builder, and an Andy Griffith enthusiast. Just like his father, Bill was a man unashamed of his faith in Jesus Christ, and on September 12th his faith became sight as he stepped into the kingdom of Heaven where he is now safely at home with his Lord and Savior, his Mother and Father, and all of those he loved who have gone before him. He is survived by his loving wife Bonita, his children Corey David (Casey) of Accident, MD, Aaron Michael (Melissa) of Fort Mill, SC, and Jeremy Matthew (Andrea) of Charlotte, NC; grandchildren Jackson, Jacob, Ella, and Owen; siblings Terri Lynne (Steven) Burgh of Huntington, WV and Dwayne (Tara) Bevins of Charleston, WV; brother in law Guan Howard (Lisa) Montgomery of Dublin, VA; nieces Emilea Suzanne Burgh, Sadie Grace Bevins, and Elizabeth Rae Bevins; nephews Ian Jacob (Betsy) Montgomery and Cain David (Christina) Montgomery; and uncle Ernest Bevins. Visitation will be held Friday September 17th at 1:00 pm and Funeral Service will be conducted after at 2:00pm at Calvary Church, 5801 Pineville-Matthews Road, Charlotte, North Carolina (www.calvarychurch.com) with Reverend Nathaniel Pearce officiating. Interment is in the Magnolia Gardens at Calvary Church. In lieu of flowers, the family suggests that memorial contributions be made to Calvary Church. Online condolences may be expressed at www.heritagecares.com.

The family of Charles William Bevins created this Life Tributes page to make it easy to share your memories.

Charles William “Bill” Bevins, 71, was surrounded by his beloved...

Send flowers to the Bevins family.