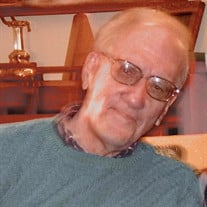 Clyde Eugene Browning, “Papa”, 94, of Charlotte, NC, passed away on Friday, March 25, 2022. He was born on April 28, 1927, in Akron, OH, son to the late Ernest G. Browning and Dolsie M. Lashley Browning. Mr. Browning was well educated and received his Bachelors and Masters Degrees from Kent State University in Kent, OH and he went on to receive his PHD from the University of Washington, in Seattle, WA. He also proudly served as a Seaman in the U.S. Navy. Mr. Browning married, Lois Jean Olson, on May 28, 1960, and she is survived upon his passing. Outside of Mr. Browning’s current Charlotte residence, he also previously resided in Chapel Hill, NC, Eugene, OR, Mexico, Chicago, IL and Seattle, WA. Clyde was a retired Geography Professor from UNC-Chapel Hill. He had a long and distinguished career as a Professor of Geography at the University of North Carolina – Chapel Hill and was Professor Emeritus until his passing. Clyde was lovingly called Papa by his granddaughters and he enjoyed many walks and conversations with them over the years. He also loved UNC basketball, travel, great food, wine and beer, and spending time in Beech Mountain, NC. He enjoyed music, especially jazz and classical, as well as, movies. His mischievous grin and single raised eyebrow will be a missed facial gesture just before a pronouncement of an opinion or story that he would so proudly deliver. He adored and loved his family, as well as, his beloved pets, Honey, Natasha and Seraphina. In addition to his wife Lois Jean Browning, Clyde is survived by his children Mark Browning and his wife, Diana Fravor Browning, Victoria Browning Frenette and her husband, Gary Frenette; grandchildren Amanda J. Frenette and Sabrina M. Frenette; nephews Erik and Tulio Browning, nieces Jennifer Olson Robinette and Kristen Olson Griffin. Mr. Browning was preceded in death by his twin brother, Harley Browning. The family kindly invites you to consider giving a memorial gift to one of the following that was near and dear to Clyde's lifelong philanthropy to either: PBS North Carolina (formerly known as UNC-TV); NC National Public Radio Station WFAE-FM or the Central Park Conservancy in New York City. Arrangements are in the care of Heritage Funeral Home, Weddington Chapel. An online guestbook is available at www.heritagecares.com.

The family of Clyde "Papa" Eugene Browning created this Life Tributes page to make it easy to share your memories.

Send flowers to the Browning family.