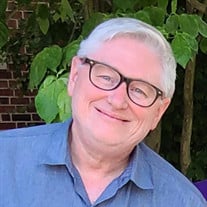 Edwin Marvin Kroger, 62, of Matthews, NC, passed away on November 11, 2021 in Pineville, NC. Edwin was born to Katharine Berhardt and Edwin L. Kroger on January 29, 1959 in Somers Point, NJ. Edwin also lived in Northfield and Egg Harbor Township, NJ. He graduated from Absegami High School in 1977. Edwin worked as an IT Specialist for Federal Air Marshalls. He was a sales representative for United Financial Freedom and an Independent Executive Coordinator for On Site Energy and Beamer Distributor. In addition to his parents; Edwin is also survived by his wife Beverley Kroger; children Joshua (Amber) Kroger and Caleb Kroger; grandchildren Jade, Pearl and Ruby; sister Jennifer Rossetti; and brothers Stephen, Richard, James, David and Doug. He was predeceased by brother Donald; sister Sandra; and by his two infant brothers Edwin Leslie and John Paul. Edwin had a passion for 2 things: the Lord and people. Ed started walking with the Lord at 18 years old. His boss at the time was a believer and invited Ed to Mt. Pleasant Methodist Church in Pleasantville, NJ which later became Greentree Church. This is where he accepted Christ. Ed loved serving the Lord by greeting people at the door of the Lord's house with a warm smile and a firm handshake. While he was a greeter one Sunday he was introduced to Beverley. They ran into each other again at a roller skating rink and Bev caught his eye. They held hands for the first time while skating. Ed drove a dark blue grand prix with light blue interior and Bev swooned over Ed and his cool car. They had been married for 40 beautiful years. The Lord blessed Ed and Bev with 2 wonderful sons, Joshua and Caleb. Ed was very proud of his sons and their accomplishments. He loved talking for hours with them about theology, woodworking, pipes, guns, knives, flashlights, technology, craft/mixed drinks and photography. Ed also had a special place in his heart for the family’s pet border collie, Casey. Caleb’s new dogs, Barrett and Boomer, were a special new addition that Ed loved. Ed and Bev welcomed Amber into the family in 2015. He thought of her like she was a daughter of his own. Ed and Amber were both foodies and enjoyed talking about new restaurants. Ed was delighted when the Lord blessed him with 3 beautiful gems, Jade, Pearl and Ruby. He looked forward to spending quality time with each granddaughter and eating mint chocolate chip ice cream together before bedtime. Ed served as a deacon at Christ Covenant Church for 11 years. It was as a deacon that he developed a passion for men’s ministry. He desired to foster friendships so that men could talk freely and honestly without judgement. Even though our time with Ed wasn’t as long as we had hoped we are thankful and glad to know that Ed is in the loving arms of Jesus. Visitation will be held on Saturday, November 20, 2021 from 12:00 p.m. until 12:45 p.m. with services beginning at 1:00 p.m. at Christ Covenant Church in Matthews. Graveside committal will be at Historic Matthews Cemetery with reception to follow at Christ Covenant Church. The service will be live-streamed at https://vimeo.com/647566439/4bbd60eb71 An online guestbook is available at www.heritagecares.com.

The family of Edwin Marvin Kroger created this Life Tributes page to make it easy to share your memories.

Edwin Marvin Kroger, 62, of Matthews, NC, passed away on November...

Send flowers to the Kroger family.