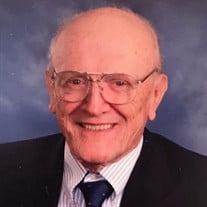 On March 20, 2022, Eugene Simpson Todd transitioned to his next journey. 6th generation Charlotte native, Eugene was born in Charlotte on May 4, 1931, the youngest of six children. Along with all of his siblings, he was preceded in death by his father, Cecil Van Buren Todd and his mother Stella Alexander Todd. Growing up in Charlotte, Eugene graduated from Harding High School in 1949 and went to Clemson College on a football scholarship after being elected to the NC All State Football Team and to the Shrine Bowl team. He graduated from Clemson in 1954, majoring in Science Education and completing Army ROTC. Since he had 30 days before going on active duty and reporting to Ft. Lee, VA for training, he applied to substitute teach a Charlotte City Schools. He was assigned to teach at Central High School. At the end of classes for the day, he was at the teacher’s desk, trying to recap the day when… there was a knock at the open door. And, there she was. Science teacher Anne Hall had come over to offer her help to the new substitute teacher and she has been helping him for the past 67 years of marriage. They were married June 25, 1955 at First Methodist Church in downtown Charlotte. After attaining the rank of First Lieutenant and being honorably discharged, in 1956 Eugene accepted a job with Rockingham City schools, teaching math, science and coaching 8th – 10th graders all three major sports. While in Rockingham, NC his daughter Susan was born. After 2 years in Rockingham they moved back to Charlotte. Spending three summers in Chapel Hill, both Eugene and Anne received their Masters of Education in 1959. After teaching at Spaugh Jr High and Harding HS, coaching football and teaching math, physics and chemistry ( including a part time job as coach and athletic director of what is now UNCC), his second child, Eric Todd, was born in 1960. It was time for him to stop “playing around” and get a real job. He applied to be a principal for an elementary school and was appointed to Steel Creek Elementary School. After 26 years of being an educator and principal of five schools, he retired. One of the things he is most proud of in his career is that part he played in the desegregation of the schools in this district. Eugene was assigned to Cornelius Elementary School in 1966, the year the Mecklenburg County Board of Education decided to create a unitary system. It was a righteous cause for him and felt it was a great opportunity to begin to right a great wrong which some of his ancestors had been parties to. He served there for four years and is pleased to say the school was integrated without much difficulty. It was a challenge and a rewarding experience. During his years in education, he was active in a professional educators’ fraternity Phi Delta Kappa. Eugene served as president for two terms. He also earned an advanced certification in Supervision and Curriculum Dev. from Appalachian State U. After retirement in 1983, Eugene and Anne traveled extensively. They spent three summers in Europe, Canada, and all over the US. He and Anne spent many years tracing the family history and traveled to home towns of their ancestors to gather document & publications as part of the research. They were members of Myers Park Baptist for many years and then moved to Unitarian Universalist Community of Charlotte. Eugene was an avid gardener, bird watcher, reader of Christian theology and loved a well-matched football game on TV. With mixed emotions they moved into the Matthews Glen Retirement Community in 2005. After a while, Eugene told his friends this place was like Pre-Heaven! Thank you to all those people at Matthews Glen who helped the family during this time. He leaves to cherish his memory, his wife Anne Hall Todd of Matthews, daughter Susan Todd Hunter of Raleigh, NC, son Eric Winston Alexander Todd of Charlotte, and 4 grandchildren: Diana Hunter, Anne Hunter, Sam Todd and Sarah Todd. Eugene will be laid to rest at Paw Creek Presbyterian Church cemetery with his parents at a private graveside service. A celebration of life will be held at Matthews Glen Community on Saturday, April 30th at 11:00 am.

On March 20, 2022, Eugene Simpson Todd transitioned to his next journey. 6th generation Charlotte native, Eugene was born in Charlotte on May 4, 1931, the youngest of six children. Along with all of his siblings, he was preceded in death by... View Obituary & Service Information

The family of Eugene Simpson Todd created this Life Tributes page to make it easy to share your memories.