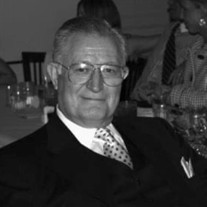 Loving Father, Devoted Husband, and Faithful Friend Harrell Eugene Reynolds, Jr. was born December 6, 1942, in Huntsville, Alabama to Harrell Eugene Reynolds and Treaty Bowman Reynolds. After the death of Treaty, he lived with his loving Aunt Berta and Uncle Thurman Parker. In his teen years, Harrell lived with his father, his stepmother Martha Reynolds Stack, and brothers Michael and Philip in Charlotte where he attended East Mecklenburg High School. Faithfully he served our country in the United States Navy where he held the position of crew chief in the Azores. While in the Navy, he participated in the NASA space research program with astronaut John Glenn. After marrying his first wife Elaine Blanchard Eichler, they welcomed to their son Harrell (Hal) Eugene Reynolds, 3rd. Later he married Permelia Harkey Reynolds on November 20, 1971, who gave birth to Robert Bryan Reynolds and Kimberley Paige Reynolds. Harrell and his family spent their years in Charlotte, North Carolina and lived next door to Permelia’s parents Robert A. Harkey and Permelia Monts Harkey where they enjoyed years of fellowship together. Excelling in many jobs throughout his life, his professional career in sales and management began at Chapman Harkey in Charlotte. The latter portion of his career was spent in industrial sales where he was a top performer for Glaser-Miller. After retiring in 2007, he enjoyed assisting Queens University in their athletic department. In spending time with his family, they loved time camping, fishing, boating, and biking together. He would often be found working and tinkering in his workshop. Hal and Brian reminisce of time with their father in the workshop constructing radio-controlled boats and forging medieval swords. Because he loved discussing History and Science, his children often called him, “The walking Encyclopedia”. Some of Kimberley’s fondest memories with her father include doing Science fair projects together. They raised chickens, created a working model windmill and a landfill for her elementary school science fairs. With a love for music, Harrell was often found of listening and singing along with music in his car. Some of his favorites included Glen Miller, Chicago, and Frank Sinatra. He also sang in baritone in the church choir. Watching western films, Chasing Classic Cars and Star Trek was a favorite past time. He enjoyed eating lunch at his favorite restaurants with his son, Hal, and grandson, Forrest Reynolds. Harrell recently celebrated 50 years of marriage to Permelia on November 20, 2021, where he was able to spend quality time with his daughter Kimberley, son-in-law, Michael Garove, and their 2 children, Joy and Jonathan Garove in celebration of the occasion. Joy and Jonathan loved receiving of all sorts of candies and goodies from their “Papa” before and after church services. While their mother shopped at Trader Joes, the children loved picnicking with Papa eating Cheetos, pimento cheese sandwiches and cookies. Sharing his love for his Lord and Savior Jesus Christ was his greatest passion in life. Harrell attended Grace Christian Center for 32 years where he faithfully served with his family and friends. Studying God’s Word on his back porch while enjoying the beauty of his Creator, was his favorite thing to do. He also always had time for a stranger in need and greatly enjoyed fellowshipping with and ministering thew Word of God to people he encountered every day. Today we rejoice knowing that Harrell is face-to-face with Jesus Christ receiving his eternal reward. “Well done, my good and faithful servant.” Matthew 25:21 Visitation will be held from 6:00 pm until 7:15 am with services in celebration of his life beginning at 7:30 p.m. on Thursday, December 2, 2021 at Heritage Funeral Home, Weddington Chapel.

The family of Harrell Eugene Reynolds Jr. created this Life Tributes page to make it easy to share your memories.