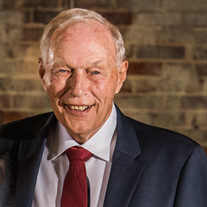 Irvin David Wise, 74, of Matthews, NC, passed away on 12/25/21 surrounded by his family. David was born June 15, 1947, to Ruth Sivick Wise & Elam Frank Wise in Lawndale, NC. David graduated from West Mecklenburg High School in 1966, where he enjoyed playing defensive end in football. In 1967, he joined the US Navy. During the Vietnam War, he was stationed on the USS Wright, a floating command center out of Norfolk, VA. David loved to work on cars & could fix just about anything. Over the years, he worked in many service departments including Young Ford, Park Chevrolet, City Chevrolet, Hendrick Honda, and Hendrick Acura. He loved to retell stories of cars they worked on or interesting customers that came into the shop. When he wasn’t working on cars, David loved fishing, hunting, woodworking, and teaching his children and grandchildren bad habits. During the summer, he could often be found at the beach casting his rod in the surf long before the sun came up. However, his “happy place” was in a boat on the lake. He thoroughly enjoyed the peaceful quiet of the lake, which should come as no surprise to anyone that knew him, as he was a man of few words. When he spoke though, he always had something important to say. Over the years, David’s love of “fixing things” evolved into “making things”. One year, he tried his hand at making (jewelry) boxes, and just about anyone that knew him or met him after that time, received a box. He would design a box specifically for one person, and he would spend hours – DAYS – agonizing over every detail of the box. To the “untrained” eye, the boxes would be perfect and beautiful as soon as he put it together, but he would always find something that he wanted to improve. He wanted the gift to be perfect. That was how he showed his love to his friends and family – he made you a box. Though he was a man of few words, David would talk your ear off to teach you something. Be it about how to fix something, how to fish, or woodworking, he loved to teach. If you showed interest in something, he wanted to help you learn all that you could. Being the playful, kid-at-heart, jokester that he was, it was no surprise that he loved to teach his children and grandchildren bad habits. He taught his youngest daughter to flick peas across the dining room table with her spoon – a thought that still raises his wife’s blood pressure, 30 years later. When his oldest 2 grandchildren were small, he taught them to dump BUCKETS of water out of the bathtub – trying to start a water fight, but only succeeding in soaking the hall carpet and aggravating Grandma, who had to clean up the water. That was the thing about David, if he was picking on you, or playfully aggravating you, it meant he loved you. He loved to tease and pick on people. He loved to laugh, and he loved to make other people laugh. When he wasn’t trying to make people laugh, he was trying to help people. He was a volunteer firefighter in Matthews for many years. He was a member of the Oasis Shrine Temple, Scottish Rite and rode with the Dune Cats in support of the Shriners Hospital. David loved riding his 3-wheeler in local parades. He was also a member of the Masonic Lodge of Charlotte where he served as Master for a year. Left to cherish his memory is his wife, Patty Wise of Matthews, his daughter Ashley Sell (Luke) of Davidson, his son Scott Honeycutt of Midland, his daughter Nikki Davis (Brian) of Indian Trail, as well as four grandchildren that were the lights of his life, Madelyn, Walker, Mason, and Samantha. David’s family wishes to express their heartfelt gratitude to Dr. Michael W. Smith and his nurse Paula, as well as all of the staff at Tryon Medical. The tremendous support and care that they extended to David, as well as Patty, over the many years that David was a patient, cannot be put into words. In lieu of flowers, donations can be made to the Oasis Shriners Hospital, Healing Patriots (www.healingpatriots.org), or a charity of your choice that reminds you of David.

The family of Irvin David Wise created this Life Tributes page to make it easy to share your memories.

Send flowers to the Wise family.