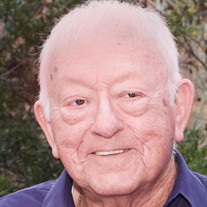 James Franklin “Jimmy” Steele, 76, of Stallings, North Carolina was born on March 1, 1945 and passed away on February 1, 2022 to his heavenly home. He was preceded in death by his parents, Cecil and Grace “Dickie” Steele and his brother, Ronnie Steele. He is survived by his loving wife, Geraldine (Gerri); daughters, Wendy Steele Swenson(Rob)and Cynthia Steele Brown; son, James Franklin Steele, Jr. (Michelle); sister-in-law, Sandra Steele McKee (Jerry); grandchildren, Amanda Maye (Austin), Megan Turner, Cody Brown, Trey Brown, Wesley Steele: great-grandchildren, Landon and Logan Maye and nephew, Bryan Steele. Jimmy was a devoted husband, father, son, brother, grandfather, great-grandfather, uncle, and friend to all who knew him. He grew up in Weddington, North Carolina. He played baseball while his dad coached. He later enjoyed coaching baseball for his own children. Jimmy enjoyed spending time with his family, played golf, loved to fish and hunt, was a Panther’s fan, and enjoyed watching Nascar racing on TV. He even drove a race car at dirt tracks for several years. His family was his biggest fan, especially his mother! Jimmy was a member of First Baptist Church of Indian Trail and the Emanuel Sunday School class. He worked for Custom Industry in Indian Trail and retired from Mechanical Services in Indian Trail. The funeral service will be held at First Baptist Church of Indian Trail at 1:00 p.m. on Saturday, February 5, 2022 with a viewing beginning at 12:00 p.m. He will be laid to rest at Forest Lawn East Cemetery following the service. In lieu of flowers, donations can be made in his honor to First Baptist Church of Indian Trail or Hospice of Union County. On-line condolences may be left at www.heritagecares.com The family would like to thank Martha and Brigitte of Hospice for the special and loving care given to Jimmy at his home during his illness.

The family of James "Jimmy" Franklin Steele created this Life Tributes page to make it easy to share your memories.

Send flowers to the Steele family.