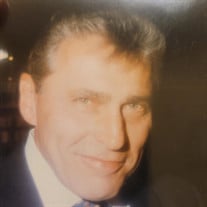 John William Sagartz, age 80 (almost 81), of Indian Trail, NC, passed away on the evening of July 20, 2021 in Monroe, NC, after a long and hard-fought battle with congestive heart failure. He was surrounded by his wife and daughters who held... View Obituary & Service Information

The family of John William Sagartz created this Life Tributes page to make it easy to share your memories.

Send flowers to the Sagartz family.