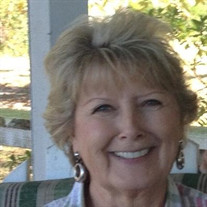 Judith “Judy” Ann Morningstar Bazaire, age 78, passed away on October 13, 2021 in Charlotte, NC. Friends and family are invited to attend a Service of Remembrance in Judy’s honor at 10:30 am on Saturday, October 30, 2021 at Heritage Funeral Home, Weddington Chapel. Visitation will immediately follow until 12:30 pm. Judy was born in Dearborn, Michigan on June 14, 1943 to the late JB Morningstar and Lucille Koster Morningstar. She graduated in 1961 from Wayne Memorial High School in Wayne, MI. Judy married Barry Bazaire in 1963 and they later moved to Barryton, MI where they raised their family. In 1988 Judy moved south to the warm weather of Charlotte, NC where her daughter was living. Judy worked as a Passenger Service Rep. with American Airlines in Detroit, and was a travel agent in Allen Park, MI, which enabled her to travel to beautiful places like Bermuda and Hawaii. She then worked as a store manager at the Pitt’s Stop convenience store and as a real estate agent for Gorthy Realty in Barryton, MI. In the 1980s, she was elected Township Treasurer for Fork Township, MI. While in Charlotte, Judy owned the landscaping business Carolina Planters, and also held office manager positions in various industries. Judy was an avid bowler in her younger years, having fun with her teammates while winning many tournaments. She was an accomplished seamstress and also a talented furniture refinisher. She always loved spending time in her flower gardens and yard, and shopping at flea markets and antique shops. She enjoyed having a good laugh telling stories with her friends. Judy is preceded in death by her father JB in 1991, sister Janice in 2007, and her mother Lucille in 2015. She is survived by daughter Courtney Bazaire of Michigan City, IN; son Chad Bazaire (Rebekah) of Waupaca, WI and grandchildren Caitlin and Camden; brother David Morningstar (Diane) of Milford, MI and nieces Shawnee and Sierra; brother-in-law Al Pitt of Barryton, MI; nephews Jeff Pitt (Mischael), and John Pitt (Suzanne); nieces Jenifer Pitt-Bryant, and Toni Ashley (Christopher); many cherished cousins, and special friends Dan Rushing, and David and Susie Gornall. She was much loved by her family and friends and will be greatly missed. Arrangements are in the care of Heritage Funeral Home, Ballantyne Chapel, Charlotte, NC.

The family of Judith Ann Morningstar Bazaire created this Life Tributes page to make it easy to share your memories.

Send flowers to the Bazaire family.