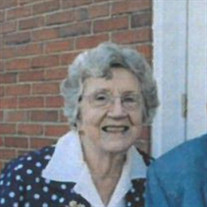 Lois Jean Winterfeld Of Indian Trail, NC (formerly of Wanaque, NJ) Mrs. Winterfeld, age 80, passed away on September 25, 2021. The family will receive friends on Friday, October 1st from 10am to 11am at Indian Trail United Methodist Church, 113 Indian Trail Rd. S. Indian Trail, NC 28079 with her funeral beginning at 11am. She will be laid to rest at Mount Rest Cemetery in Butler, NJ. Lois was born on February 5, 1941 in Patterson, NJ to the late Walter James and Lucille Gannon Finnigan. She was preceded in death by her first husband of 47 years.Walter Joensen, Mrs. Winterfeld was very involved in her community of Wanaque, NJ. Being recognized for Citizen of the year; involved with the Girl Scouts for 20 years serving as troop leader, receiving the highest award given by the Girl Scouts; she was also past president of the James W. McCartney Auxiliary VFW Post 6765.. She owned and operated L & S Stationary, an office supply store and later retired from Butler High School as an Administrative Assistant to the Principal. Lois was a breast cancer survivor. She moved to North Carolina to be closer to her family and was involved with her church assisting with community service projects. Lois is survived by her beloved husband, Elmer Winterfeld,of 15 year. step children from her first marriage, Barbara Buist (Walter) and Andrew Joensen; her siblings, Caroline Myer, Jenny Moore, Leila Klaus, Diana Austin, Walter Finnigan (Sharon) and Lucy Dees, plus many nieces and nephews; her extended family and Indian Trail U.M.C. family. In lieu of flowers, donations may be made in her memory to Indian Trail U.M.C. PO Box 130 Indian Trail, NC 28079. Arrangements are in the care of Heritage Funeral Home, Indian Trail Chapel. Online condolences may be left at www.heritagecares.com

Lois Jean Winterfeld Of Indian Trail, NC (formerly of Wanaque, NJ) Mrs. Winterfeld, age 80, passed away on September 25, 2021. The family will receive friends on Friday, October 1st from 10am to 11am at Indian Trail United Methodist... View Obituary & Service Information

The family of Lois Jean Winterfeld created this Life Tributes page to make it easy to share your memories.