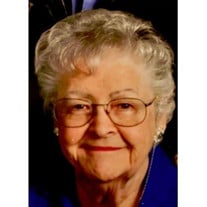 Marguerite (Peggy) Edens Barrentine Horn 93 died on February 9th at the Stanley Total Living Center. She was born in Charlotte on May 20th 1928, grew up in the Elizabeth section of Charlotte, graduated from Central High School in 1946 and from Queens College with a BA in Philosophy and Religion in 1950. She was president of the Methodist Youth Fellowship at Dilworth Methodist Church where her parents were charter members. Her college activities included membership in Phi Mu sorority, member of May Court for four years, elected member of Who’s Who in American Colleges and Universities and president of Alpha Kappa Gamma regional honorary leadership fraternity. Peggy was president of her college senior class and permanent president of the 1950 class for 50 years. In 1949, Peggy met her “husband-to-be” at the Queen City Inn in Myrtle Beach, a small hotel owned and operated by her mother. Whenever asked how they met, she always began by saying, “ It was one of those summer beach romances that ‘never last’.” She and Ken Horn were married in the Fall of 1950 at Dilworth Church. The “summer beach romance” lasted for 72 years! While her husband attended Duke Divinity School, Peggy was the Director of Christian Education at Davis Street Methodist Church in Burlington, NC, where she developed a program to begin a weekday kindergarten which became highly successful. In 1960-61 Peggy taught Bible to 5th and 6th graders in seven Charlotte elementary schools. In 1960 she was the president of the Charlotte District Methodist Ministers Wives Association. She was an outstanding teacher. Her career centered on teaching English, Drama and Journalism for 26 years. She was Teacher of the Year at Granite Falls High School in 1970, and elected again as teacher of the year in 1988 at Harding High Evening School in Charlotte. She always said her “liveliest” years were at West Mecklenburg High School where she enjoyed 12 ½ years of enthusiastic drama and journalism students. She was the Fine Arts Department Chair at West Meck and English Department Chair at Harding Evening School. Peggy also taught in Wingate, Stony Point and Gastonia. (Methodist clergy moved often “back in the day”!) She taught senior high students in Sunday School at Stony Point United Methodist Church and at Granite Falls United Methodist Church. She has served on the Social Action Committee of the United Methodist Women of Christ United Methodist Church in Coulwood (Charlotte). In the years of 2005 through 2007, she served as Chairperson of the morning circle of Christ UMC. For her service in the church she received special mission recognition from the United Methodist Women in December of 2007 with the awarding of a Lifetime Membership pin. Foremost and above all Peggy was a wonderful devoted mother, a caring grandmother, a loving patient wife and a compassionate friend. Surviving family includes her husband, Rev. Ken Horn, two sons, Gerald Edens (and wife Dr. Janet Sowers) of Benicia, CA, James Arthur (and wife Amy Conrad Horn) of Lexington, NC, and a daughter Sheryl Annette (and husband Richard E. Culp) of Stanley, NC. She had five grandchildren: Christina Joy Woods (and husband Brian Woods) of Oak Ridge, Rebecca Noel Cecil (and husband Ryan Cecil) of Ashville, Richard Edwin Culp, Jr. of Philadelphia, Clara Elizabeth Horn and Amelia Margaret Horn of Benicia, CA; and three great-granddaughters, Trinity Alicia Ward Horn, Emma Joy Woods, Anna Cecil; and a great-grandson, William Cecil. Her mother Annie May Barrentine, her father, James Edens Barrentine, local realtor, and sister Betty Scarborough preceded her in death. A Celebration of Life will be held on March 12th 2022 at 1PM at Heritage Funeral Home Indian Trail Chapel located at 4431 Old Monroe Road, Indian Trail, NC. 28079. Burial will follow at Sharon Memorial Park in Charlotte. In Lieu of flowers the family requests that memorials be contributed to the Help Fund of Christ United Methodist Church, 8020 Belhaven Blvd. Charlotte, NC. 28216.

Marguerite (Peggy) Edens Barrentine Horn 93 died on February 9th at the Stanley Total Living Center. She was born in Charlotte on May 20th 1928, grew up in the Elizabeth section of Charlotte, graduated from Central High School in 1946 and from... View Obituary & Service Information

The family of Marguerite (Peggy) Edens Barrentine Horn created this Life Tributes page to make it easy to share your memories.