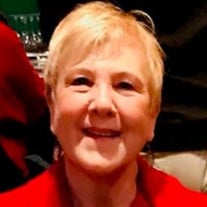 Noreen Van Leeuwen of Waxhaw, North Carolina, passed away peacefully in her home on Friday, July 30th, 2021, surrounded by her family after a courageous and inspiring four and a half year battle with leiomyosarcoma. Noreen was born on May 9,... View Obituary & Service Information

The family of Noreen Van Leeuwen created this Life Tributes page to make it easy to share your memories.