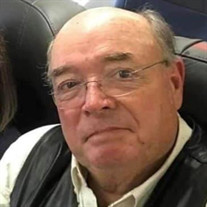 Robert Eugene Mathews of Matthews, NC passed away peacefully on Thursday, May 12, surrounded by family. He was the son of Vernon and Mary Mathews born July 30, 1950, in Indianapolis, Indiana. He married his high school sweetheart Jan in 1970, and was a proud Purdue Boilermaker. He graduated in 1972 with a Bachelor’s degree in Civil Engineering and ultimately a Master’s Degree from Kettering University. Bob and Jan raised four amazing children. The family was always active in their church home. Bob was involved in the bus ministry, the Living Christmas Tree ministry and lighting for cantatas at Bethesda Baptist Church in Brownsburg, Indiana. He was the superintendent of Sunday school at First Baptist Church in Zeeland, MI and he sang in the church choir. He and Jan moved to Matthews, NC in 2000 and became members of Calvary Church. After a fabled career as a dragon slayer and tamer of wild beasts for Haworth Corporation, Bob could be found at Squirrel Creek Farm in his garden or at Renfrow’s Hardware with his dog Ty. He was a gentleman scholar, a man of God, a lover of music, the theater and baseball who never met a stranger. He loved to discuss baseball, history or whatever came up at any given time, and was always willing to share facts and figures from Bob’s College of Useless Knowledge. Throughout his life he put his family first and is survived by his wife of 53 years Jan, his children Stacey and Jeff Klein, Kari and Chuck Ricks, Cory and Becky Mathews, and Kyle and Stephanie Mathews, grandchildren Ben and Karina Klein, Sam, Josh, Joey and Leah Klein, Rhyannon, Leo and Amelia Ricks and Taylor Mathews, his mother Mary Mathews, sister Becky Birdsell and many nieces, nephews and friends. In Lieu of Flowers the Family requests donations in Bob’s memory be given to Wake Forest Baptist Lymphoma Research Program in Winston Salem, NC. https://give.wakehealth.edu/site/Donation2?df_id=1560&1560.donation=form1&mfc_pref=T Services will be held on Tuesday, May 17th at Calvary Church. Visitation will be from 11:30 AM - 1 PM, with service at 1 PM. A private family burial will be held later at Historic Matthews Cemetery.

Robert Eugene Mathews of Matthews, NC passed away peacefully on Thursday, May 12, surrounded by family. He was the son of Vernon and Mary Mathews born July 30, 1950, in Indianapolis, Indiana. He married his high school sweetheart Jan in 1970,... View Obituary & Service Information

The family of Robert Eugene Mathews created this Life Tributes page to make it easy to share your memories.