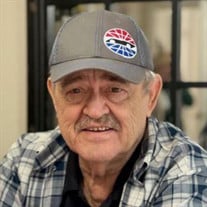 Ronald Elliott Yarborough (Ron) June 7, 1941 – February 1, 2022 Fort Mill, South Carolina Ronald Elliott Yarborough (Ron), 80, passed away to be with his Lord and Savior on Tuesday, February 1, 2022, at Atrium Health Hospital in Pineville, NC. All services will be private. Born June 7, 1941, in Rock Hill, SC, Mr. Yarborough was the son of the late Samuel Elliott Yarborough and Martha Rebecca Bolin. Mr. Yarborough graduated college from High Point University in North Carolina in 1963. He was a retired veteran from the United States Army and the Army National Guard as Major after 24 years of service. In 1970, he was appointed as a Reserve Commissioned Officer for the US Army. He also served as Commanding Officer of the Fort Mill National Guard Armory. He began his early working career in the banking industry. He then followed his love of construction and founded Yarborough Construction Company in Fort Mill, SC, building residential homes. He remained self-employed in the construction business for over 40 years until he retired. He often loved to speak of how he developed a passion for building. He told the story of how he and his cousins would help build houses throughout Charlotte when he was a young boy in high school. Just like any young boy in pursuit of what he loves, Ron easily learned and retained what he was taught. He and his cousins left the construction business when they pursued college and new career paths. After college graduation and after working in the banking industry for 15 years, Ron decided to turn-in his resignation because he “wanted to build houses.” Thus, he founded Yarborough Construction Company. Ron had a great love for working with wood, building anything as large as million-dollar homes on Lake Wylie to pool houses and decks for family members, bird houses for his wife and insect boxes for his grandchildren. Ron was proud to be a part of the US Military and loved to collect military memorabilia that honored his country. He also adored and collected penguin memorabilia. Ron was a member of the Lake Wylie Shag Club where he served as president from 2014-2017. Ron was a joyful man with a humorous soul. He had a sign that hung on the outside of the entrance to his home that read, “Howdy, now git.” Children, grandchildren, and friends would often read it and laugh, ignore the message, barge right on in and visit for hours. He was embraced and loved by his family and friends. He is survived by his wife of over 34 years, Elizabeth (Liz) Etta Hill Yarborough; children, Sloan Hurst Yarborough Hill (Jeff) of Clover, Page Yarborough Wilson (Chad) of Rock Hill; stepchildren Nannette Cross Austin (Sam) of Chester and Tonya Cross Whitesides (Tony) of Rock Hill; 4 grandchildren, Devin Chad Wilson, Jeffrey Chase Hill (Macy), Gage Scott Hill, Courtney Rebecca Hill; 6 step grandchildren, Elizabeth Grace Whitesides, Michael Anthony Whitesides (Courtney), Nicholas Norman Whitesides (Kelcie), Bonnie Marie Whitesides Aaron (Matt), Royce Newton Whitesides II (Josie), Henry McNeely Austin; 5 great grandchildren; and two brothers, Gerald Yarborough (Carolyn) of Charlotte, NC and George Yarborough (Sandy) of Myrtle Beach, SC. In addition to his parents, he was preceded in death by a grandson, Hunter Elliott Hill. In memory of Hunter Elliott Hill, all memorials may be made to the Lamb Institute, P.O. Box 2557, Mount Pleasant, SC, 29465

The family of Ronald Elliott Yarborough created this Life Tributes page to make it easy to share your memories.