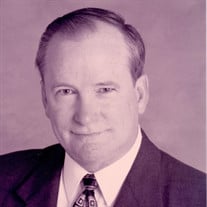 Wally J. Wade, 75, Charlotte, NC passed away peacefully on December 26, 2021. Born on November 27, 1946, in Indianapolis, Indiana, Wally was the son of the late Esther and Wallace Wade. Wally’s family moved to San Diego, CA when he was a young child. He attended Loyola University in Los Angeles, California where he played tight end on the national championship football team and obtained a BA in History. After college he taught at St. Bernard High School in Playa Del Rey, CA and met the love of his life, Barbara Derr. They were married for 49 years at the time of his passing. He then went on to obtain his JD at Loyola University Law School. He served our country proudly in the US National Guard. Barbara and Wally lived in Orange County, California until this year when they moved to Charlotte to be closer to their grandchildren. Wally had a very distinguished legal career serving as a Los Angeles City Attorney, Special Assistant United States Attorney and Orange County District Attorney. He was a member of the California Bar, and United States Supreme Court. During his free time, Wally enjoyed international travelwith his wife, reading, genealogy and watching Notre Dame football. He was a proud Roman Catholic parishioner and lector at St. Kilian Catholic Church in Mission Viejo, CA and most recently attended St. Matthew Catholic Church in Charlotte, NC. In addition to his wife Barbara, Wally is survived by daughter Hilary Heilig and husband Patrick Heilig of Waxhaw, NC and daughter Jacqueline Wade of Tucson, Arizona. Grandchildren Vincent, Franklin, Colette and Bosco Heilig will cherish the memories made with their Grand Vader. As the oldest of nine children, Wally is survived by 7 siblings. Wally’s beloved, spoiled Corgi, Hank, was awaiting him in Heaven. A Rosary will be recited at 6:00 p.m, followed by the receiving of family and friends until 8:00 p.m. on Monday, January 3, 2022, at Heritage Funeral Home, 3700 Forest Lawn Drive, Matthews, NC 28104. Mass of Christian burial will be celebrated on Tuesday, January 4, 2022, at 11:00 a.m. at St. Matthew Catholic Church, 8015 Ballantyne Commons Parkway, Charlotte, NC. Burial will follow at Forest Lawn East Cemetery in Matthews. On-line condolences may be left for the family at www.heritagecares.com In lieu of flowers, memorial contributions may be made in memory of Wally to Catholic Charities USA.

Wally J. Wade, 75, Charlotte, NC passed away peacefully on December 26, 2021. Born on November 27, 1946, in Indianapolis, Indiana, Wally was the son of the late Esther and Wallace Wade. Wally&#8217;s family moved to San Diego, CA when he... View Obituary & Service Information

The family of Wally J. Wade created this Life Tributes page to make it easy to share your memories.

Send flowers to the Wade family.