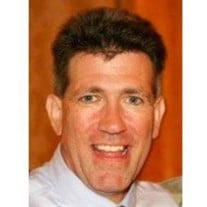 Edward J. O'Donohue, 59, of Matthews, NC passed away at home on Sunday, June 6, 2021 with his wife, children and his twin sister by his side. Born October 6, 1961 to Maurice and Catherine O'Donohue in Chicago, Illinois. The family relocated to Durham, NC in 1968. Ed was a graduate of Durham High School (1979); He received various Associate Degrees from CPCC and a BS in Electrial Engineering from the University of North Carolina-Charlotte. Ed was employeed at CEM in Stallings, NC. Ed was a diehard Dallas Cowboy Fan, and loved NASCAR, especially #24 Jeff Gordon. Ed is survived by his wife of 25 years, Laura Bracey O'Donohue; daughter, Rebecca O'Donohue of Charlotte; and son Joshua, of the home. He is also survived by his siblings: Timothy O'Donohue (Missy) of Gastonia; Mary Jo Bonhivert of Hurdle Mills; Kathleen O'Donohue of Cleveland, Tennesse; John O'Donohue of Wake Forest; Elizabeth Fletcher of Durham; Ann Jefferson (John) of Tucson, AZ; Margaret Hernandez of Creedmoor; and Maureen Lafauci (Tom) of Columbus, NC. He is also survived by his brothers-in-law Steve Bracey (Susie) of Seven Lakes, NC and David Bracey of Huntersville; 23 nieces and nephews, and 12 great nieces and nephews. He is also survived by his devoted dogs, Houdini and Maggie and cats Ellie and Kitten. He also leaves to remember and cherish his friendship, his "Brothers from OTHER MOTHERS": Art Whitfield, Roger Werth (Paula) and Don White (Mary Jo); his Scouting Brothers from Troop 39 of Matthews United Methodist Church; and his work family of CEM. Ed was predeceased by his parents; his parents-in-law Gurney and Becky Bracey; and his brothers-in-law Chuck Fletcher and Rick DeVercelly A Celebration of Life Memorial Service will be held Saturday, June 19, 2021 at 11:00 am at Scout Hut 39, Matthews United Methodist Church, 801 S. Trade St, Matthews, NC 28105 Ed requested that this be a CELEBRATION and that the appropriate attire is the UNIFORM he is best known for in your relationship with him; ie: Hawaian shirts; scout shirts or GREATFUL Dead attire. In lieu of Flowers the family requests donations be made to Novanthealth.org/Hospice (PRESBYTERIAN MEDICAL CTR); The Human Society of Charlotte, NC or Troop 39 in care of Matthews UMC, 801 S Trade St, Matthews NC 28105

Edward J. O'Donohue, 59, of Matthews, NC passed away at home on Sunday, June 6, 2021 with his wife, children and his twin sister by his side. Born October 6, 1961 to Maurice and Catherine O'Donohue in Chicago, Illinois. The family relocated... View Obituary & Service Information

The family of Edward Joseph O'Donohue created this Life Tributes page to make it easy to share your memories.

Send flowers to the O'Donohue family.