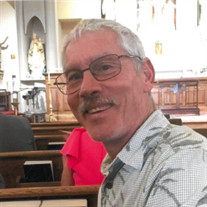 Gerald (Gerry) Richard Jantsch, age 68, formerly of Baden PA, died suddenly on Friday, October 15, 2021 in Charlotte NC where he made his home for many years and was highly regarded as a self employed contractor. Gerry was born March 29, 1953 to the late Richard E. Jantsch and Patricia Heberling Jantsch. He was the second of six children and is survived by siblings Karla (Vic) Spinelli of Surprise AZ, Jamie (Paul) Simmons of Toledo OH, Leslie (Gatan) Waddell of Baden, PA, Gail (Bob) Stashick of Arden, NC and Eric Jantsch of Zelienople PA. He is also survived by 11 nieces and nephews; Laura Akers, Michael Spinelli, David Simmons, Susan Thomas, Gatan and Adam Waddell, Tara Conduragis, Adam Stashick, Jeremy, Kaisha and Sasha Jantsch, 8 great nieces and nephews, his former wife Jennifer Ross Sawyer and her children Tamara Evans and Jonathan Evans, and grandchildren Raafay and Zyra Shabazi, a host of cousins and their families and many friends in Pennsylvania and North Carolina including Dave Parham, his best friend, and Johanna Falter Bohn. Gerry grew up on Wayne Street in Baden at a time when it was surrounded by fields and forests with caves and streams to play in with all of his friends, many of whom he remained close to throughout his life. He always considered Baden his home. After graduating from Rochester High School in 1972, he enlisted in the Army and was stationed in Fayetteville NC where he began learning the skills that would serve him all his life as a carpenter, roofer, remodeler and handyman. He was a very hard worker and proud of what he could create with his handiwork. If you needed his help, he was there for you. He had faith in God and Country and was proud to be a US Army Veteran. Gerry enjoyed the simple pleasures in life; family, nature, children and animals, especially his three legged cat Bugs. He never lost his own inner child and loved camping, kayaking, and target shooting. He will be deeply missed. Plans for a celebration of Gerry’s life will be announced at a future date. Contributions in memory of Gerry may be made to the charity of your choosing. Final arrangements were entrusted to Heritage Funeral Home and Cremation Services, Ballantyne Chapel.

Gerald (Gerry) Richard Jantsch, age 68, formerly of Baden PA, died suddenly on Friday, October 15, 2021 in Charlotte NC where he made his home for many years and was highly regarded as a self employed contractor. Gerry was born March 29,... View Obituary & Service Information

The family of Gerald "Gerry" Jantsch created this Life Tributes page to make it easy to share your memories.