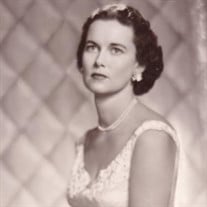 Mrs. Harriet Davis Payne, a lifelong Charlottonian, died on March 30, 2022, at the age of 100. She lived a long, rich life in which she loved her cats and dogs, the beach, wildlife, gardening, and a 5:00 Scotch on the rocks or freshly squeezed OJ and vodka. She split her time between Charlotte and her beloved Holden Beach cottage, which she christened “Harriet’s Hilton,” until she stopped driving at the age of 92. She knew how to cast a line and clean a fish. And she didn’t mind borrowing her neighbor’s dock to throw out an extra crab trap. She never missed an opportunity to clip a coupon or to share the latest news. However, some said she did miss her calling as a journalist for her vigorous sense of curiosity. Mrs. Payne was blessed with the gift of gab. On one notable occasion, her daughter Sharon waited and waited for her to hang up the phone so they could make an appointment on time. Exasperated, Sharon asked Gene, Harriet’s husband, who her mother was talking to for so long. To which Gene replied, “Probably a wrong number.” Always a Southern lady, Mrs. Payne never left the house without her red lipstick and jewelry—even to mow the grass, which she did well into her 80s. And she never missed an opportunity to break out her mink—or to offer an opinion. Mrs. Payne also never missed a party, and celebrations will be dimmer in her absence. Mrs. Payne was a graduate of Central High School and attended Queens College. She was president and lifelong member of the Junior League of Charlotte and was proud to have worked at Wachovia. She also was a member of the First Presbyterian Church. Born on December 14, 1921, to Harriet and Maryman Davis, she was preceded in death by her eldest daughter Carolyn Stowe Brooks, her sister Betty Rose Davis Boyd, and her husband, Eugene Gray Payne Jr., a decades-long political cartoonist for the Charlotte Observer. Mrs. Payne is survived by her son Holland Stowe III and his wife Cheryl; her daughter Sharon Stowe Boisson and husband Serge Boisson; grandchildren Michael and Will Brooks, Angela Brooks Everitt, and Jonathon, Jason and Cynthia Stowe; and four great grandchildren. She is also survived by Gene’s children Patricia Green, and Gray, David and George Payne and their families, and by Sue Skatch, Harriet’s “adopted” daughter. The family thanks the hospital staff of Atrium Health Union West and Nicole Teague with Prospero for their care and support. In lieu of flowers, the family asks that donations be made to the Humane Society of Charlotte, a cause to which Mrs. Payne was devoted.

Mrs. Harriet Davis Payne, a lifelong Charlottonian, died on March 30, 2022, at the age of 100. She lived a long, rich life in which she loved her cats and dogs, the beach, wildlife, gardening, and a 5:00 Scotch on the rocks or freshly squeezed... View Obituary & Service Information

The family of Harriet Davis Payne created this Life Tributes page to make it easy to share your memories.

Send flowers to the Payne family.