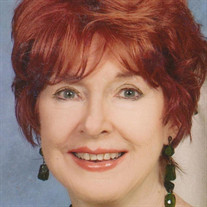 Katherine Diane Sproles Whitworth Barr was born in 1938 at her grandmother’s house in Nickelsville, VA. She grew up in Kingsport, TN. She has lived in Virginia, Tennessee, and Texas, but has been a Charlotte, NC resident since the early 1970s. Her parents were Ralph John Sproles and Sylvia Hilton Sproles of Kingsport, TN. She has two siblings, Toni Sproles Worley of Raleigh, NC, and William David Sproles of Camas, WA. Katherine attended East Tennessee State University and Radford College in Virginia, then graduated from Queens College in 1976 with a BA in Library Science. She was head media specialist at North Mecklenburg High School until onset of macular degeneration forced early retirement. She was always an avid reader, so her vision loss was a deep blow, but she stayed active as a writer. She had two books of poetry published, and contributed to several local and state poetry groups. She traveled extensively around the world, including walking and university lecture tours in China, Russia, Europe, Brazil, Egypt, and several other African countries. The jeep safaris and hot air balloon rides over the Serengeti were her favorites. She loved color, and always surrounded herself with it, even as her vision continued to decline. Katherine’s first husband was Presley Dean Whitworth of Butler, TN. She was then married to Harry Shields Barr, Jr of Charlotte for 33 years until his death in 2020. Through Dean, she is survived by her daughter, Claire Whitworth Helm of Charlotte, her husband Scott, and grandsons Zachary and James. Through Harry, she is survived by his son Shields Barr of Matthews, NC, his wife Deannie, and granddaughter Constance; and son Jefferson Barr of New Jersey, and his wife Lisa. She delighted in having her grandchildren and nieces and nephews call her “Cassie” which was the name her family used for her growing up. She and Harry were devoted audience members of arts organizations in Charlotte, including Opera Carolina, The Charlotte Symphony, Charlotte Repertory Theatre, and Children’s Theatre of Charlotte. The service for Katherine will be Monday, March 21 at 11:00 am at St John’s Baptist in Charlotte, followed by a graveside service for the family at Forest Lawn East Cemetery in Matthews. In lieu of flowers donations to Metrolina Association for the Blind - mabnc.org, or any arts organization of your choice.

Katherine Diane Sproles Whitworth Barr was born in 1938 at her grandmother&#8217;s house in Nickelsville, VA. She grew up in Kingsport, TN. She has lived in Virginia, Tennessee, and Texas, but has been a Charlotte, NC resident since the early... View Obituary & Service Information

The family of Katherine Whitworth Barr created this Life Tributes page to make it easy to share your memories.

Katherine Diane Sproles Whitworth Barr was born in 1938 at her...