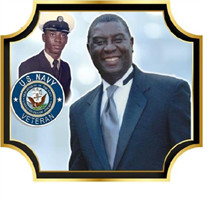 Milton Ray Williams was born April 20, 1957, in Washington, North Carolina. He went home to be with the Lord on December 30, 2021, with his wife by his side. He graduated from Seventy-First High School in Fayetteville, NC (Class of 75). Following graduation, he was enlisted into the U.S. Navy. After returning from service, Milton continued his education at Fayetteville Technical Institute and become a journeyman carpenter. Milton met and married his sister’s best friend from college, Linda Jones, and they settled in Fayetteville, NC. They celebrated 40 years of marriage in June and their union was blessed with two beautiful children (Milton Jr. and Crystal). Milton was an avid reader, a huge sports fan and enjoyed playing golf. He loved and cherished his family. Two years into their marriage, Milton received his call from the Lord to go into ministry. He worked in his father’s ministry (Anderson Temple Church of God in Christ) for several years. A door was open for Milton to begin a career with Piedmont Airlines, quickly advancing into the management ranks. Soon after, he and his family were relocated to South Bend, Indiana with US Airways. Milton continued to minister and founded Love Thy Neighbor Outreach, a street evangelism ministry. After 20 years in the airline industry, he switched careers and worked as a Logistics Manager for Walmart. Milton also had a strong entrepreneurial spirit and worked for himself in several business endeavors throughout his life. He was a ordained Elder dedicated to serving God within and beyond the four walls of the church. He passionately and faithfully served in ministry at Faith Christian Center (South Bend, Indiana), Calvary Church (Charlotte, NC) and The Park Church (Charlotte, NC). Milton was preceded in death by his parents Supt. Jesse J. and Missionary Naomi R. Williams, three brothers, Jonathan Edward Williams, Michael Anthony Williams, and Baby Boy Williams. Milton leaves to cherish his life and memories his devoted wife Linda, his son Milton Ray Williams Jr. and daughter Crystal Irene Williams; ten siblings: Betty J. Mooring (Samuel), Jesse J. Williams, Jr. (Carolyn), Robert E. Williams, Donald A. Williams, Glenda E. Finney (Donald), Janice M. Williams (James), Vickie A. Nowlin, Cynthia D. Chapman (Willie), Samuel B. Williams (Felicia) and Wyona L. Williams; a Mother-in-law, Rosa Jones of Charlotte, NC, 6 aunts, 5 uncles, 7 brothers-in-law, 5 sisters-in-law, 52 nieces and nephews and a host of cousins and extended family members and friends.

Milton Ray Williams was born April 20, 1957, in Washington, North Carolina. He went home to be with the Lord on December 30, 2021, with his wife by his side. He graduated from Seventy-First High School in Fayetteville, NC (Class of 75). Following... View Obituary & Service Information

The family of Milton Ray Williams created this Life Tributes page to make it easy to share your memories.

Send flowers to the Williams family.