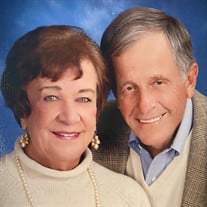 Patricia Kendall, 81, passed away peacefully, in her sleep, on the evening of Oct. 18, 2021, at her home in Matthews, N.C. “Pat” is survived by her brother Richard Moser and wife, Sharon, of St. Simons Island, Ga.; son Scott Kendall and wife, Karen, of Marietta, Ga.; son Michael Kendall and wife, Ann, of Charlotte; and son Richard Kendall and wife, Kimberly, of Seattle. Pat was deeply loved by all who knew her, including her seven grandchildren — Will, Erin, Bradley, Ryan, Kristin, Emily and Drew — and her newly born great-grandson, Parker. Pat is preceded in death by her husband, Tom, and her parents, Herb and Molly Moser, of Sarasota, Fla. Originally from Rockville Centre, N.Y., Pat had spent the past 60+ years in the South, having graduated from Duke University in 1961, and living throughout the region, including for many years in Wilmington, N.C., where she raised her family near the Atlantic Coast. Pat was dedicated to her church, Northminster Presbyterian Church, keeping up with her grandchildren, following national politics and getting new recipe ideas from television baking shows. She was an insatiable reader. Pat had a remarkable giraffe-statue collection and loved a good, authentic Reuben sandwich. She often could be seen attending Harry Connick Jr. concerts — right in the front row — at venues all around the country. Pat was his biggest fan. Pat lived for more than 20 years in Roswell, Ga., with her husband Tom. They married in 1961, before starting a family in Nashville, Tenn. Pat was a licensed Realtor and was part of the first graduating MBA cohort at the University of North Carolina at Wilmington, where she finished near the top of her class. Her business skills were instrumental in the success of two pet-store franchises she and Tom ran before retirement. The Kendall family is grateful to the staff and management at Matthews Glen in Matthews that cared for her over the past six years. A private family celebration of life is being planned for early next year for both Pat and Tom. The family is in the care of Heritage Funeral Home-Weddington Chapel. Online condolences may be made at www.heritagecares.com.

The family of Patricia L. Kendall created this Life Tributes page to make it easy to share your memories.

Patricia Kendall, 81, passed away peacefully, in her sleep, on...

Send flowers to the Kendall family.