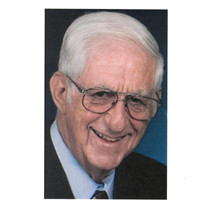 Robert A. Leclair, 87, of Indian Land, SC, known by his family and friends as Bob, passed away on September 16, 2021 at the Hospice House in Monroe. He was born on February 1, 1934 in Gardner, MA, to the late Alberta Goguen and Alphonse Leclair. Bob attended Gardner High School, Stetson University in DeLand, FL; and the University of Florida, Gainesville, graduating in 1962 with a Bachelor of Science degree in Mechanical Engineering. On August 27, 1960 he married the love of his life, Virginia “Ginny” Jacobs Leclair, to whom he was married to for 61 years at the time of his passing. During his lifetime, he lived in Gainesville, FL; El Paso, TX; and Kinston, NC before moving to Indian Land, SC. Bob began his career in Gainesville as a Mechanical Engineer with Sperry Rand and was there from 1962 – 1968. In 1969 he started as a Sr. Manufacturing Engineer in Gainesville with General Electric, Battery Division and was there until 1989. During Bob’s career at GE he spent one year in El Paso, TX setting up a new facility. He then went on to join Electrolux Dishwasher Division in 1989 in Kinston, NC as one of the managers of their new plant. While at Electrolux he worked at the plant in various roles until his retirement in 2009. One of Bob’s greatest accomplishments was holding 6 patents in the manufacturing area. In his free time, Bob was an avid fisherman, owning eight boats over the years. He also enjoyed woodworking, building his own workshop and making many beautiful pieces of furniture for his wife and daughters. He also began woodturning which became his passion. He attended several classes and became a master wood turner, creating a huge variety of interesting and complex pieces. Bob shared his knowledge by teaching and mentoring other woodworkers and was a founding member of the Down East Wood Turners Club in Kinston. He also enjoyed bowling, taking trips with his family, and socializing with friends. Bob’s family and friends will remember him as a genuine man, always ready to help wherever needed and giving of his time and talents. He took pride in his work and always tried to do the best job possible. Bob was a good and loyal friend, a true gentleman with a dry sense of humor and his friends loved being around him. He was proud of his Catholic beliefs and shared that with his family. In addition to his wife, Virginia Jacobs Leclair, he leaves to cherish his memory daughter Michele Leclair Giron and husband Gustavo, son-in-law William J. Kelley, Grandchildren Marcos Giron, Mia Giron, Rebecca Kelley, Mathew Kelley, sister Paulette Leclair O’Connell, brother Ernest Leclair and nieces Debbie O. Carder and Stacey Stephens. Waiting for him in Heaven were his parents, infant son Mark Robert Leclair and daughter Nicole Leclair Kelley. In lieu of flowers contributions can be made to the: Nicole (Leclair) Kelley Fund for Heart of Horse Sense through The Community Foundation of Western North Carolina. (823) 254-4960, or a charity of their choice. Heritage Funeral Home is honored to be assisting the Leclair family.

Robert A. Leclair, 87, of Indian Land, SC, known by his family and friends as Bob, passed away on September 16, 2021 at the Hospice House in Monroe. He was born on February 1, 1934 in Gardner, MA, to the late Alberta Goguen and Alphonse Leclair. Bob... View Obituary & Service Information

The family of Robert A. Leclair created this Life Tributes page to make it easy to share your memories.

Send flowers to the Leclair family.