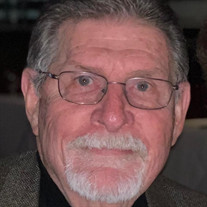 William David Wilson, known by all as “Bill”, passed away peacefully while surrounded by family on Monday, September 27th, 2021 at Novant Health Matthews Medical Center in Matthews, North Carolina at the age of 79. Bill was born in Queens, New York on Thursday, February 12th, 1942 to the late Joseph Gerard Wilson and Mary Piselli Wilson. For the last six years of his life, Bill lived in Indian Land (Fort Mill), South Carolina. Prior to Indian Land he lived in Billerica, Massachusetts for 48 years and, prior to Billerica, he lived in Detroit, Michigan for two years. He was raised in both Lynbrook and Malverne, New York. Bill was married to the love of his life, Elaine Marie Wilson (née Seeger) on Saturday, September 11th, 1965 in Mineola, New York. It was love at first sight for Bill — with his very first glimpse of Elaine during an ice skating session at the Roosevelt Field ice rink. Bill and Elaine enjoyed a 61 year love affair; 56 years of which they were married. Bill was a practicing Roman Catholic who participated in its community through the roles of Eucharistic Minister, Confraternity of Christian Doctrine (CCD) instructor, Marriage Encounter leader and Baptismal Program instructor. At the time of his passing, he was a parishioner at St. Matthew Catholic Church in Charlotte, North Carolina. Bill graduated from Malverne High School and went on to earn a Bachelor of Science degree in Chemical Engineering from New York University (formerly Brooklyn Polytechnic Institute). His career began with Allied Chemical Corporation and continued on with Polaroid Corporation where he enjoyed a successful 30-plus year career, retiring with the title of Senior Manufacturing Development Manager. After his retirement from Polaroid, Bill accepted an opportunity to consult for 5 years in Inverness, Scotland, contributing to the development of manufacturing processes for Johnson & Johnson’s diabetic test-strips. Bill liked being at home. He enjoyed family life. He was very talented around the house and yard and loved making himself available for his wife’s honey-do lists as well as his children’s, and grandchildren’s many activities. In his younger years Bill loved a good round of golf and annual family lake vacations — to which he insisted on always bringing the family’s big red canoe! As the years slowed Bill down, he learned to become an avid sports fan via television and cable broadcasts. Sounds of PGA matches, Red Sox games and New England Patriots’ victories were never far from where Bill was nestled into a comfy spot in his home. Proving that you can teach an old dog new tricks, Bill discovered a love for reading over the past few years. He devoured the writings of authors like James Patterson, Sue Grafton, and Michael Connelly. On special occasions Bill enjoyed a good Shrimp Scampi and on a daily basis he treated himself to a big scoop of ice cream. He never failed in telling those closest to him that he loved them. He was a hugger. He was a kisser. He was genuine in his words and exceeded them in his actions. He also had amazing hair and looked sharp in a sweater vest. Bill was a loving and patient husband, he was a proud and hands-on father, he was a committed grandfather and a tickled-pink great grandfather, and he was a kind father-in-law, a loyal friend and a good neighbor. Bill was generous in every way one can be. Bill is survived by his wife Elaine; his daughter Doreen; his son David and daughter in-law Amy; his grandchildren Joe and spouse Jenna, Dan and fiancée Susan, Samantha, Nicholas and fiancée Elisa, Eve and Olivia; his great-grandchildren Matthew and JJ; and his sister Tricia. William David Wilson VISITATION Monday, October 11, 2021 6:00pm - 8:00pm Heritage Funeral Home Weddington Chapel 3700 Forest Lawn Drive Matthews, NC 28104 www.heritagecares.com In lieu of flowers, please donate to the American Stroke Association, www.stroke.org MASS Tuesday, October 12, 2021 11:00am St. Matthew Catholic Church 8015 Ballantyne Commons Parkway Charlotte, NC 28277 PRIVATE BURIAL Garden of St. Matthew Catholic parcel Forest Lawn East Cemetery 3700 Forest Lawn Drive Mathews, NC 28104

William David Wilson, known by all as &#8220;Bill&#8221;, passed away peacefully while surrounded by family on Monday, September 27th, 2021 at Novant Health Matthews Medical Center in Matthews, North Carolina at the age of 79. Bill was born... View Obituary & Service Information

The family of William David Wilson created this Life Tributes page to make it easy to share your memories.

William David Wilson, known by all as “Bill”, passed away peacefully...

Send flowers to the Wilson family.